Other products of Sber 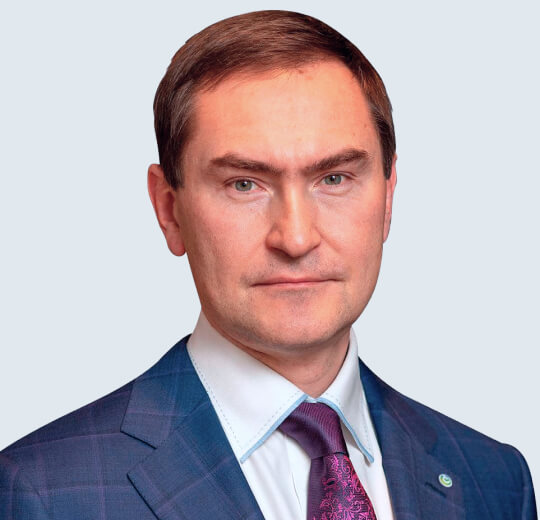 First Deputy Chairman of the Executive Board of Sberbank

Alexander Vedyakhin was born on February 20, 1977 in Volgograd.

In 2001, he was awarded a degree of Candidate of Economic Sciences.

In 2010, Alexander Vedyakhin  completed the MBA Banks program in Bank Management at the Academy of National Economy under the Government of the Russian Federation.

In 2012, he completed the joint advanced training program of Sberbank and the London Business School.

In 2018, he completed the Artificial Intelligence and Advanced Machine Learning program at Massachusetts Institute of Technology.

Between 1999 and 2008, Alexander Vedyakhin was employed at Volgograd branch No. 8621 of Sberbank of Russia, where he advanced from a senior cashier-controller to the deputy manager of the branch.

In 2008-2012, he was the First Deputy Chairman of the Executive Board of Sberbank in Ukraine.

In 2012-2015, Alexander Vedyakhin was a member of the Executive Board and Chief Risk Officer (CRO) at DenizBank in Turkey.

In 2015-2018, he held the position of Senior Vice President of Sberbank, CRO of Sberbank Group and Head of the Risk Block, including the Artificial Intelligence Laboratory and the Competence Development Center for Data Research.

Supervises and coordinates the performance of: Artificial Intelligence Laboratory, Division for Development of Competence in Data Science, Division for Control and Coordination of Activities, Department of PSS and Processes, Control and Expert Group.

In 2016, Alexander Vedyakhin has been awarded the medal of Order of Merit for Service to the Fatherland (2nd class).

In 2018, he received a Letter of Gratitude from the President of Russia.